On October 16th, 2016 WORLD KINGDOM EMPIRE – SWISSINDO WORLD TRUST INTERNATIONAL ORBIT – NEO THE UNITED KINGDOM OF GOD SKY EARTH OR WORLD KINGDOM EMPIRE, known as UN Swissindo and Kholipatul Immam Mahdi Ratu Adil, King of Kings Royal K.681, H.M. MR.A1.Sino.AS.S”2”.IR .Soegihartonotonegoro H.W.MA.ST.M1, aka Royal K.681 M1, holder of F.L.O.-FESSELIO LIUZES ORFILLIZE, an authority not owned and not granted to any foundation/ institution/ organization/ government, presented a Grand Acclamation that includes Debt Burden Liberation and M1 Master Bond Vouchers – a basic income for life as a Human Obligation, part of Payment Order 1-11 (P1-11), for the 7.5 billion people of the world, to a crowd of well over 20,000 Indonesians and world visitors, at Taman Pandang Monas, across from the Presidential Palace in Jakarta, Indonesia, Lighthouse of the World. 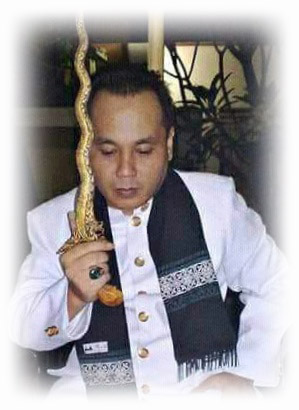 One might ask, “What is the background of this seemingly fantastical Mission and program, where did it originate and who are the people who constituted it?”

Answers will be provided first and foremost with consideration for protecting the Mission and honouring the Historical World Agreements of the Founding Fathers that have been long forgotten, ignored, buried or removed. However, all have been kept securely within Swissindo World Trust International Orbit, Dewan Ikatan Dokumen Internasional (Board Association of International Document). Some Top Secret Confidential facts still need to be protected. Only those in the top level of the governments and world institutions are aware and have the access to the classified information and that is hidden from the public view, and held in Trust of one single person, who is a Messenger of God, trusted by the Founding Fathers, to carry on with their noble wishes for Humanity, Royal K.681 M1.

On viewing the world documents, one may be astonished to perceive the spectacular declarations affirmed in them. Therefore, the validity and truth behind the history of UN Swissindo will further be elucidated. Inevitably, it begins from the movement of the Founders, who fought for the freedom of Indonesia and the world. It is important to note that this chronicle is founded on the History of humanity’s evolution on planet Earth, as it relates to the Prime Creator, God (also known as, Elohim, Allah, I Am, YHWH, El Shaddai, …) and the incessant war between good and evil.

Another thing to note is that within the World Kingdom Empire – UN Swissindo documents one comes across words and names that, on the surface, don’t make sense … “Big Top President”, for instance … know that these titles and documents are translated from Bahasa Indonesia (Indonesian Language). Bahasa Indonesia, similar to Sanskrit or Hebrew, is an Ancient language, where the mere pronunciation of words, the very sounds are Creative, Sacred sounds with deep meaning and nuance. To translate such depth into what is a relatively young language, like English, there is sometimes difficulty getting the point across. So the recommendation is this, upon hearing unfamiliar usage of English words, use the Heart to understand the MEANING of the words, the depth of their meaning, instead of the common, surface meanings, which at first sound out of place …

Please keep this in mind and heart as you peruse the following passages.